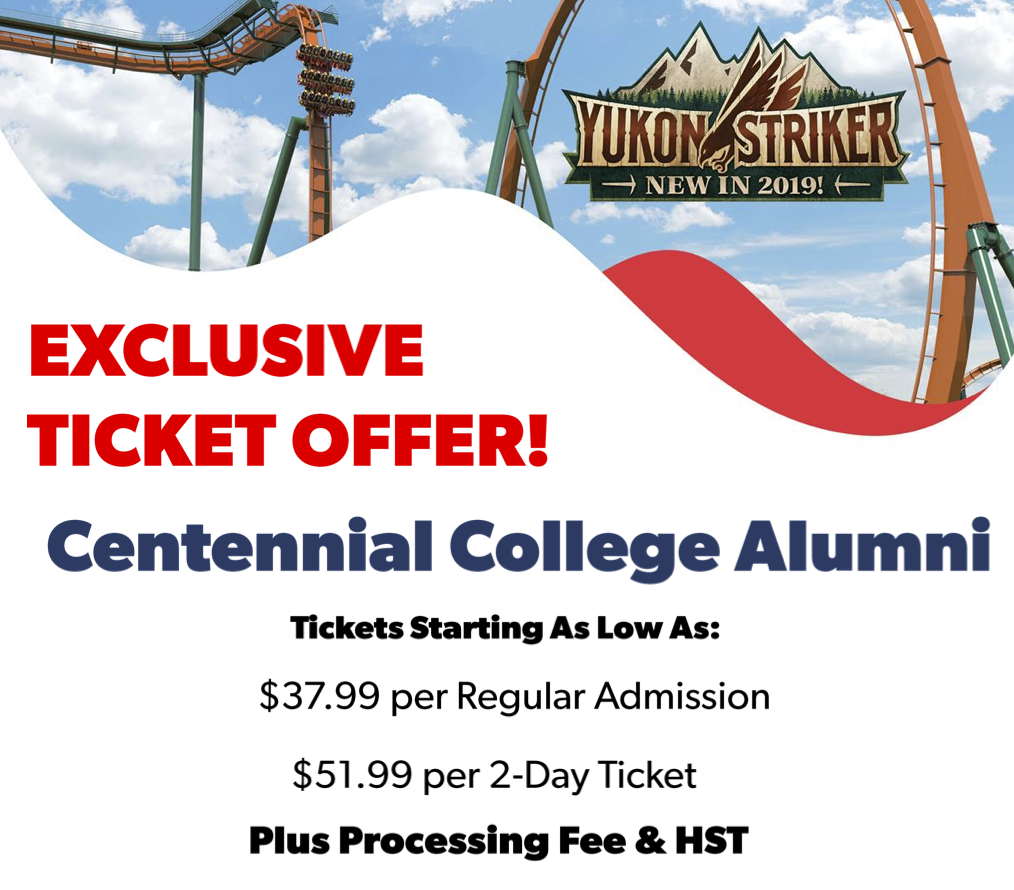 Centennial College Alumni can save on admission to Canada’s Wonderland!