Campbell Smith: The Legacy of a Hero 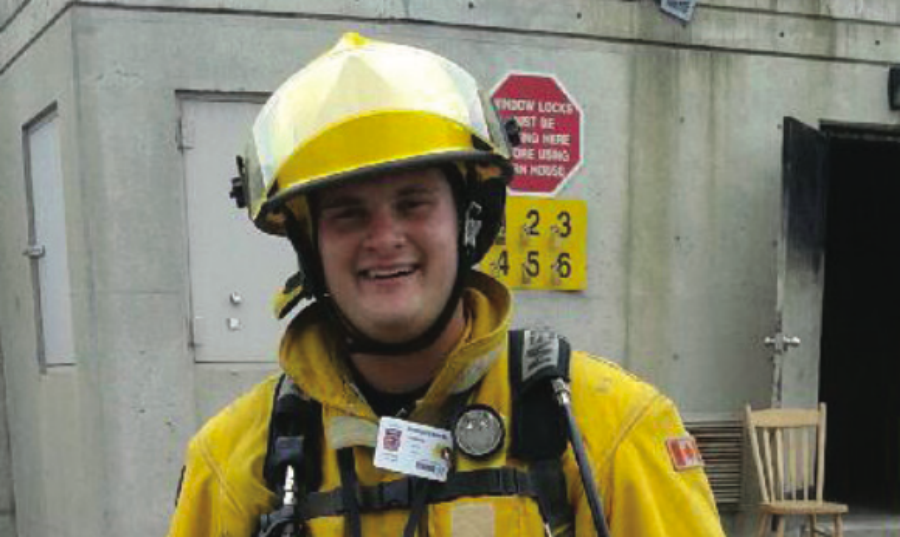 From helping an elderly couple involved in a collision on Ontario’s Highway 401 to visiting a fire station in Miami before a cruise ship vacation, or leading a mock disaster scenario during one of his courses, Anne Smith says her son, Campbell Smith, took pride in being a quasi-firefighter from the moment he started Centennial College’s Pre-Service Firefighter Education Training program. But much more than that, she says the experience gave Campbell, who died suddenly in an accident in 2015, a purpose.

“He was transformed from a nice, fun loving 22-year old kid to a career-focused man,” says Anne of Campbell, who graduated from Centennial mere months before he passed away. “It was a program that fundamentally changed my son’s life.”

Growing up in Toronto’s Leaside neighbourhood, Campbell was more sociable than he was studious — until he joined the program, his mother says. He had completed two years of history at Brock University and was working as a bartender when he unexpectedly decided to enrol at Centennial. With only three spots remaining, Anne says Campbell was uncertain whether he would be accepted.

“The possibility of not getting in made him work harder,” she says. “He aced his math and English assessment tests and was off to the races. He was so excited. I remember the first week of the program he didn’t get his fire suit and had to go to the manufacturer to pick it up. He was so committed he was willing to do anything it took. When he got it, he always carried it in a green Steam Whistle hockey bag.”

The profound impact the program had on her son’s life has inspired her to keep Campbell’s memory alive at Centennial by contributing to the college in various ways. At the time of Campbell’s death, she says, the program’s faculty approached her about creating an award in his name.

“The instructors described Campbell as someone who had evolved. But even very early on in his training, he was already showing signs of professionalism,” she says. “For example, during simulations, he was not just worried about his own safety, but also the safety of the guy behind him.”

Anne has decided to pledge a bequest that will go directly to the Pre-Service Firefighter Education Training program in the form of a scholarship. The Cam Smith Memorial Award will be given annually to a student who demonstrates re professionalism. Beyond the award, Anne and her family have also made a donation towards honour-guard ceremonial accessories, which adorn students’ uniforms during graduation and other official events.

“I wanted to recognize how important this program had been to my son’s life by making a significant difference at Centennial College,” she says.

“I was a single mother to him for 15 years and our life had been the two of us. It was his time in the program that really showed me who he was and I am so happy I met that side of him before he passed.”

“All of the students, instructors, and firefighters who had the pleasure of spending time with Cam will always carry him with us in our hearts and on the re ground. The re service is missing one very dedicated firefighter.” – Michael Wood, Faculty