The Remarkable Mission of Mark Coote 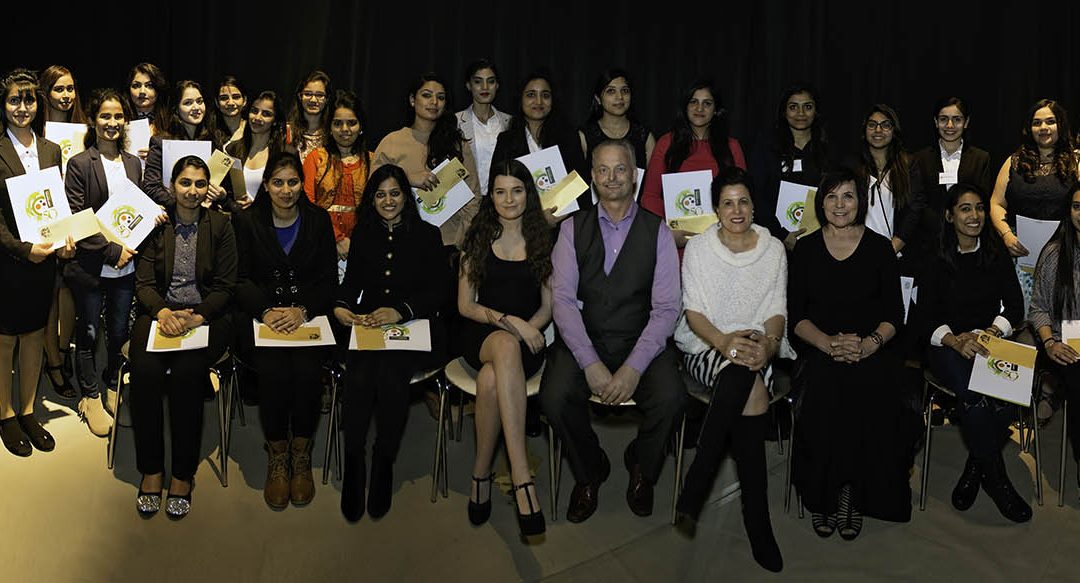 Mark Coote has been Centennial College’s representative in India for the past decade, having worked to establish the college in the minds of Indian students intending to study overseas. He reached out to India’s education agents to help promote both Centennial and Canada as worthy destinations.

Coote garnered a lot of success in his travels – until he was diagnosed with incurable head-and-neck cancer last fall.

What is remarkable is that his devastating diagnosis did not knock the wind out of his sails. Instead, it re-energized and compelled him to do more with the limited time he has left. In a heartfelt letter written to his agents, Coote outlined why he wished to create a meaningful legacy.

“As Centennial College’s Regional Manager for South Asia, the Middle East and English-speaking Africa, I was privileged and blessed to travel to numerous parts of the world. While many places are wonderful and breathtaking, none of them have the soul and spirit that you find in India.

My love for India started the first time I arrived in September 2007. I simply could not believe how a country with so many religions could be so peaceful. That’s when I learned that it is the nature of the Indian people that allows such diversity to thrive, and someone like Mahatma Gandhi to use peaceful means to gain independence. It was a revelation to me.

My love for India never wavered throughout the nine years I travelled to the sub-continent. Unlike many others, I did not focus on the India that people in the west often fixate on, such as the vast number of people and the poverty. Instead, I focused on the goodness of the people, their incredible generosity, resiliency, humbleness and huge hearts.

This is the reason why, after I was diagnosed with an incurable disease in September, I decided to set up a scholarship fund for Indian students keen to study overseas. With a poor prognosis, I revised my will and donated $30,000 of my estate to Centennial College to establish the Centennial International Desi Academic Scholarship fund under which benefactors could be recognized for their donations.”

Since Coote wrote his letter, the Centennial International Desi Academic Scholarship fund has accumulated $350,000 in a few short months to support Indian women studying at Centennial. He explains why the scholarships are provided exclusively for women.

“Only about 30 per cent of our Indian visa students are female,” Coote points out. “In India, there is significant inequality between the genders. Investing in a daughter is not seen as a priority. And it will take a long time for attitudes to change.”

“I think we as a society owe it to the next generation of Indian women to recognize them for their efforts and encourage their educational pursuits. It’s time that we build up their self-confidence and make others aware of their accomplishments. I want their families, friends and fellow students to be proud of them, so that they can take this pride and do the extraordinary.”

The consultants who worked with Coote in India donated much of the impressive total. It’s enough to furnish some 60 recipients with a $1,000 cheque for the next five years. Coote’s personal donation will form an endowment, meaning the sum will be invested to generate enough money for an annual scholarship award in his name into perpetuity.

The scholarships already have begun to find their way to recipients: 58 young women were recognized at Centennial’s Student Awards Night on March 27. The delighted recipients gathered around Coote for photos at a special luncheon on April 18, grateful to be receiving funds to offset their expenses. Coote, wearing a traditional kurta, was beaming.

“I have to thank Centennial College for allowing me to travel the world and to see places I never would have discovered on my own. And to thank India for being a gracious and generous host during my time there,” he says cheerfully.

His education and work experience did not entirely prepare him for his adventure in India. There was a lot to learn by trial and error while crisscrossing the sub-continent and his “teachers” were many. Now home in Mississauga, he has settled into a routine of medical appointments and visits to the college. Coote is philosophical about his deeply personal mission, to which he is committed for the time he has left.

“What has taken root, I hope, is inspiring to all. A Canadian college working with educational consultants in India to assist deserving students to fund their education is a beautiful thing. If this is my legacy then I will rest in peace knowing that my efforts made a difference in the lives of so many young Indian women.”