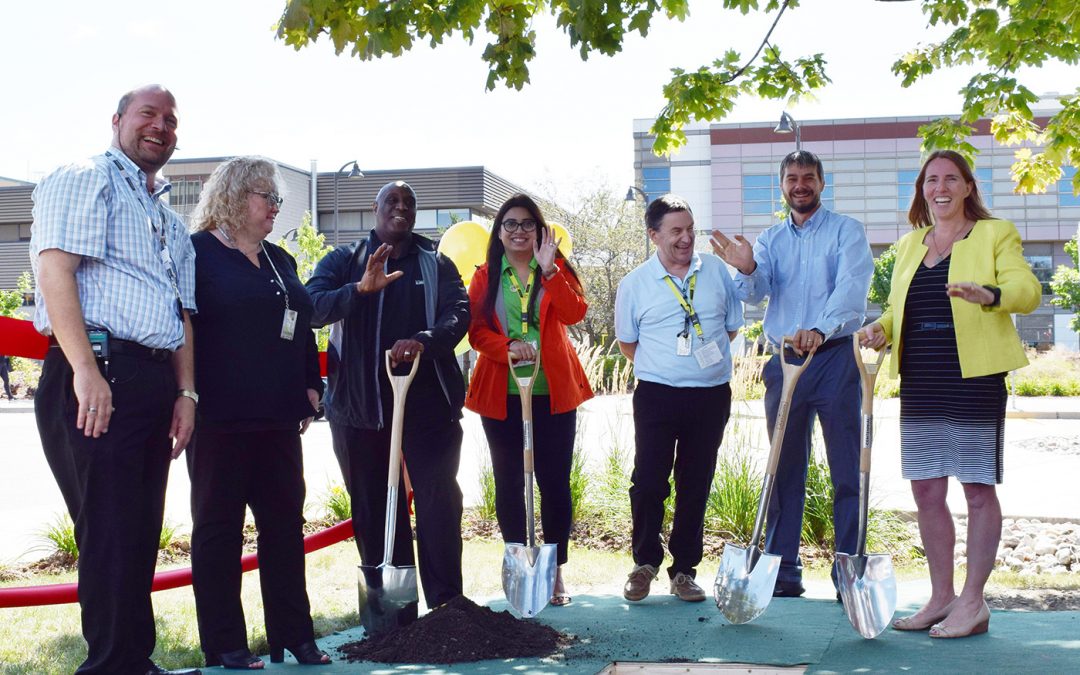 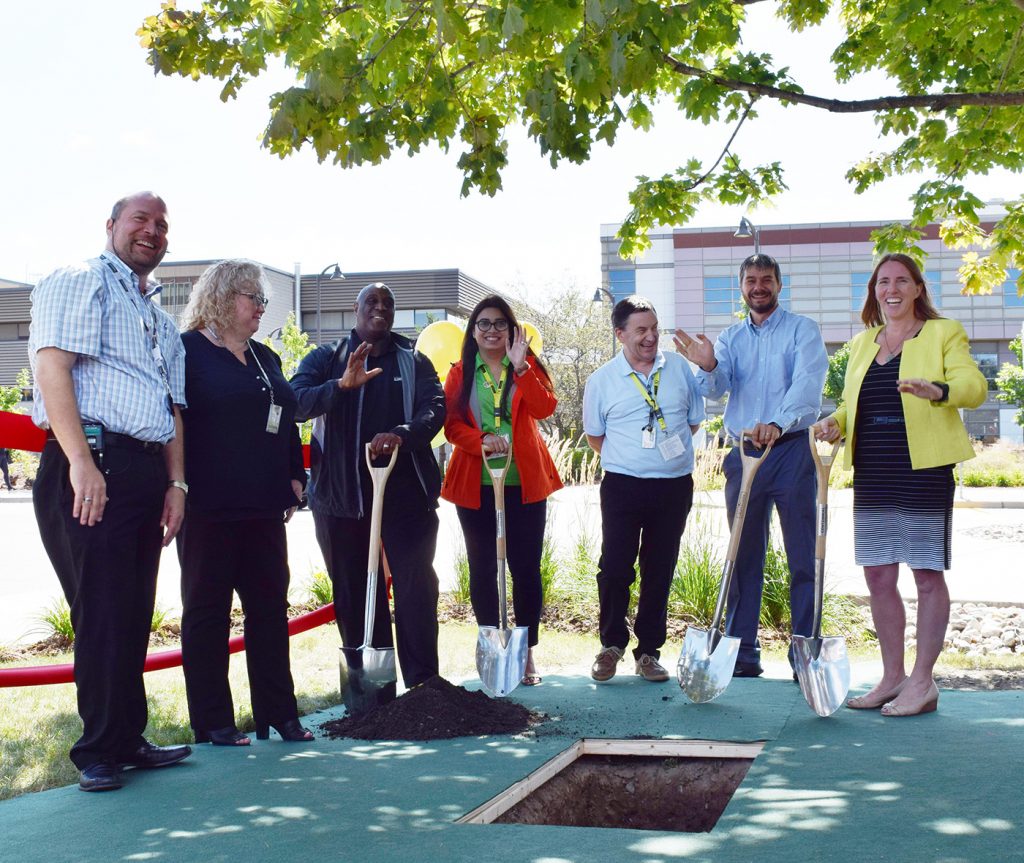 To mark the conclusion of Centennial College’s 50th anniversary celebrations, some 800 faculty, staff and representatives of the Alumni Association and CCSAI gathered at Progress Campus on August 31 to witness the burial of two time capsules filled with well wishes for the future, as well as mementos from the past and present.

The weatherproof capsules – which resemble giant Thermos bottles – will be opened 50 years from now during the college’s “centennial” year celebrations in 2066. Over the past year members of the Centennial community wrote messages to future generations on pieces of paper and inserted them into tiny glass bottles. Their “messages in a bottle” conveyed reminiscences about life at Centennial College, as well as family, friends, and hope and peace for the future.

“Congratulations on celebrating 100 years of excellence in education!” reads the formal proclamation included in the capsule. “Our hope is that you will reach out to the people for whom these notes are intended and invite them to become part of Centennial’s 100th anniversary celebration.”

Accompanying the personal messages were some perfectly ordinary souvenirs from 2017, including copies of the Toronto Star newspaper, Maclean’s, Time, Oprah and the Hockey News magazines, Blue Jays ticket stubs, a Centennial Colts jersey, a cell phone and a memory stick. Books included professor Ted Barris’s Vimy Ridge, Shi-shi-etko by Nicola Campbell, No Parrots in Space by students of the Children’s Media program, and Fifty Years Bolder – an illustrated history of the college’s first 50 years.

A surprise late addition was a sign that identified Centennial’s long-running radio station CKCC, which was a fixture at Warden Woods Campus, the college’s original site. Graduate Mike Heindl, who volunteered to run the station in its infancy in 1968 (see his story), had saved the sign in 2004 before the Warden Woods building was knocked down to make way for a townhouse development.

The encapsulated inscription ends on a high note: “We hope you enjoy tripping down Memory Lane with us, and we wish Centennial continued success in the future.” Here’s hoping many of our readers will be on hand the day our time capsules are unearthed and their wondrous contents shared with future generations.